The weird, biased wisdom of the crowd

Pradeep Gunasekaran is a very smart technician in my lab.

Recently, he told me that one of his professors once challenged the class to estimate the number of small objects in a jar.

I suddenly remembered guessing the number of candies in a jar in a contest at the local corner grocery store when I was a kid.

After Pradeep explained that the average of the students’ guesses was very close to the correct answer, I thought: “What an interersting way to test the wisdom of the crowd-tweeps.”

Having this brand new lab website in hand, such a contest would not only satisfy my curiosity about the wisdom of the crowd, but also give me a chance to take the blog function of the site with integrated R code for a test drive.

With a sheet of lined paper, I could quickly, accurately count candies, which I used to fill a jar.

When I said I didn’t want a round number, my wife suggested 723.

Shortly after I shared the contest, @drnic1 shared a 1980’s publication on visual estimation tasks and economics.

@DavidSFink went even futher into the archives to show that Francis Galton wrote about estimation and the wisdom of the crowd in Nature in 1907.

The framing of Galton’s article was whether the populace can be trusted to have good political judgment.

This actually is much older than any economic experiment, but dates back to Sir Francis Galton https://t.co/FxI87IANLT

The summary of the Galton article is that about 800 people guessed the weight of an ox at the West of England Fat Stock and Poultry Exhibition.

The crowd in Galton's paper pretty much nailed it. The middlemost estimate was only 0.8 percent from the actual weight.

Returning to today’s contest, let’s take a look at the guesses tweeps provided.

First, we need to load the relevant R packages and the data, with a quick check for duplicates.

Let’s now deal with Twitter’s unusual date format, using the ‘subst’ function to extract the date and the time in R and the ‘lubridate’ package to create a standard-format date-time.

Data loading and cleaning behind us, let’s start analyzing the contest results.

We need to know how far each person’s guess was from the true answer.

Let’s plot all the guesses I received in terms of their distance from the correct count. 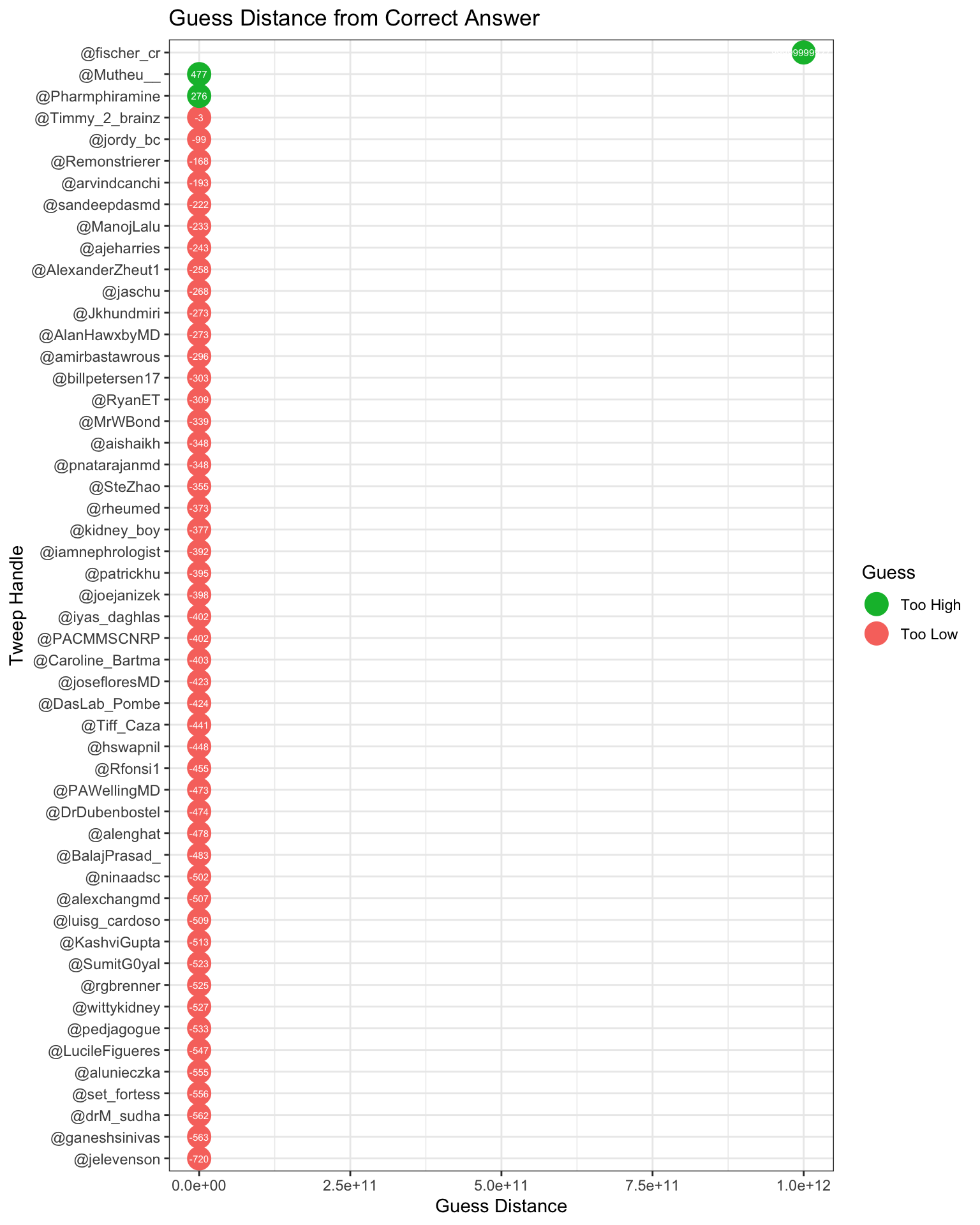 Ok, you can see a problem. @fischer_cr wanted to keep me on my toes in terms of data visualization, so he guessed 1 trillion.

Just because I want to see how you average these guesses, I want to register my guess of ONE TRILLION

Also, @jelevenson–whom I know from working with him when he was a fantastic resident–guessed 3.

Since these guesses were amusing more than informative, I removed them from the dataset. Let’s try again. 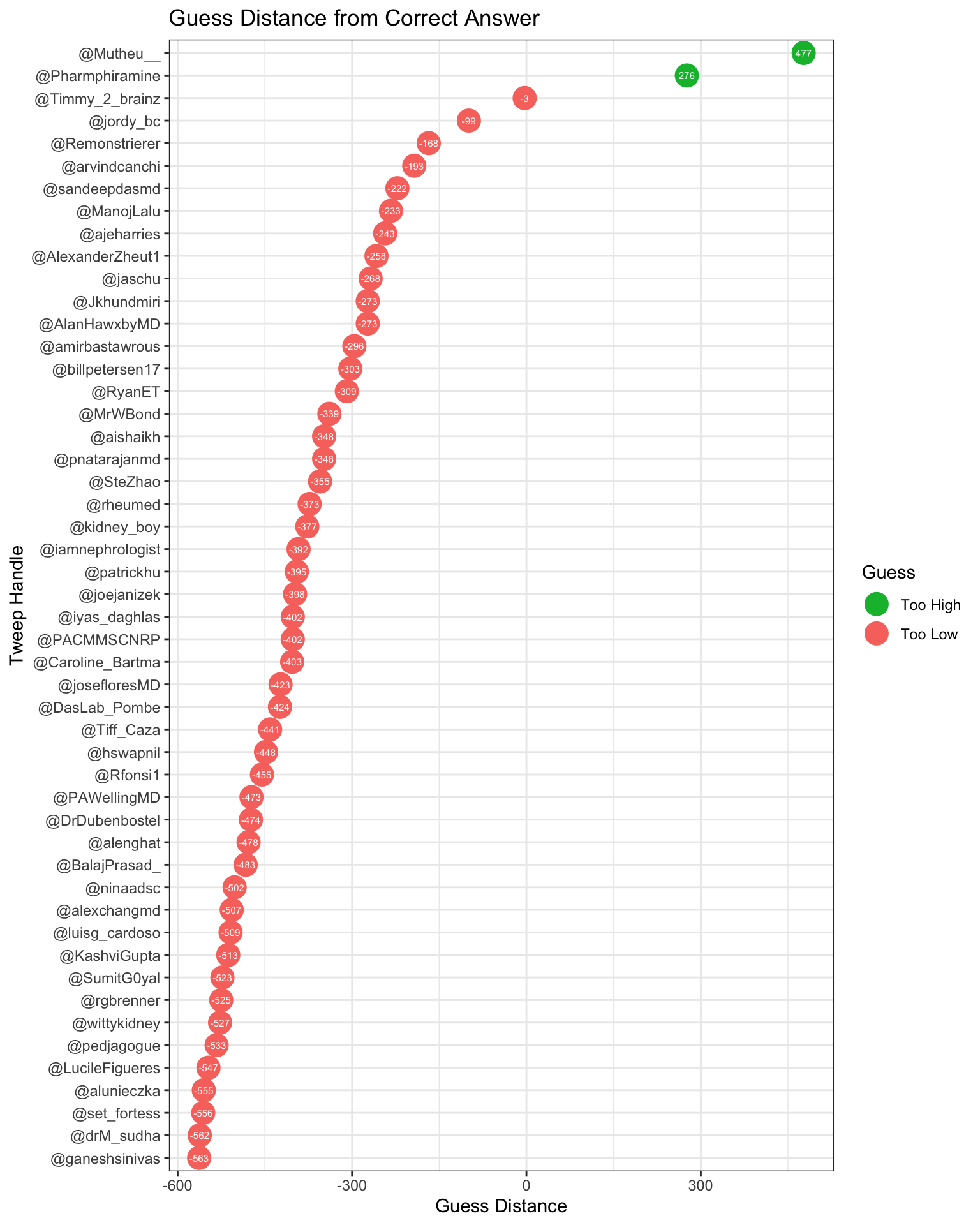 It’s pretty clear who won, but let’s verify who the winner is.

Congratulations to @Timmy_2_Brainz, the winner of the contest!

As you can see from the above lollipop plot, he was only 3 away from the true count.

I promised to send a Galton board https://galtonboard.com/ to the winner, and I plan to do so after I verify that having 2 brains isn’t a rule violation.

@Timmy_2_Brainz was off by only 0.41%! I am wondering whether he estimated visually, or calculated his answer*

*Thank you, @AdamAkers18 for alerting me to the Kepler conjecture and Thomas Hales’ proof of it https://en.wikipedia.org/wiki/Kepler_conjecture.

So the winner pretty much nailed it, but the wisdom of the crowd in estimation tasks has been thought to be a function of everyone’s guess, not an individual’s. 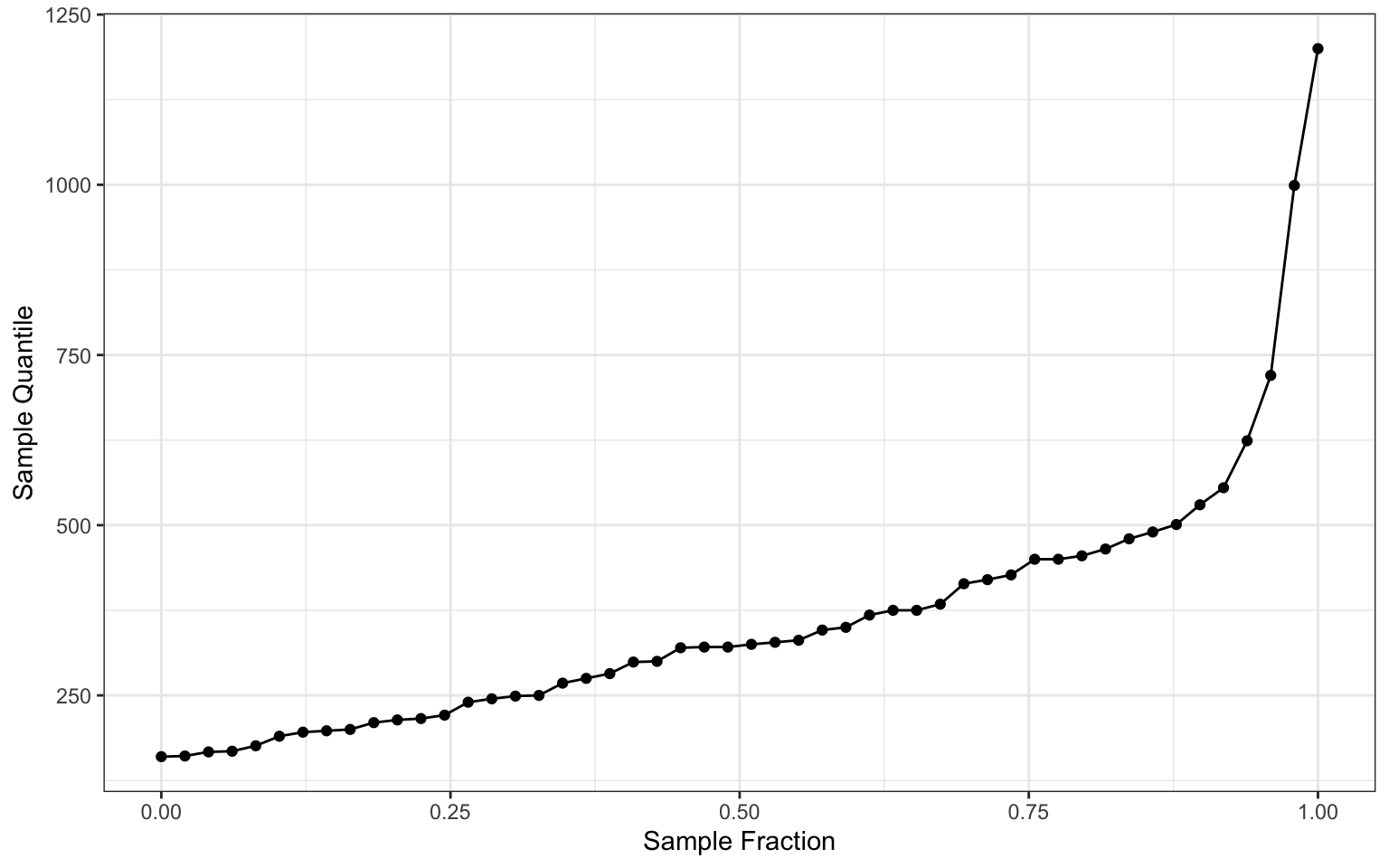 Here is the histogram of responses. By now, you’re probably noticing that the guesses were not normally distributed.

To look at the non-normality of the data in a second light, here is a quantile-quantile plot comparing the quantiles of the observed data to quantiles of normally distributed data. 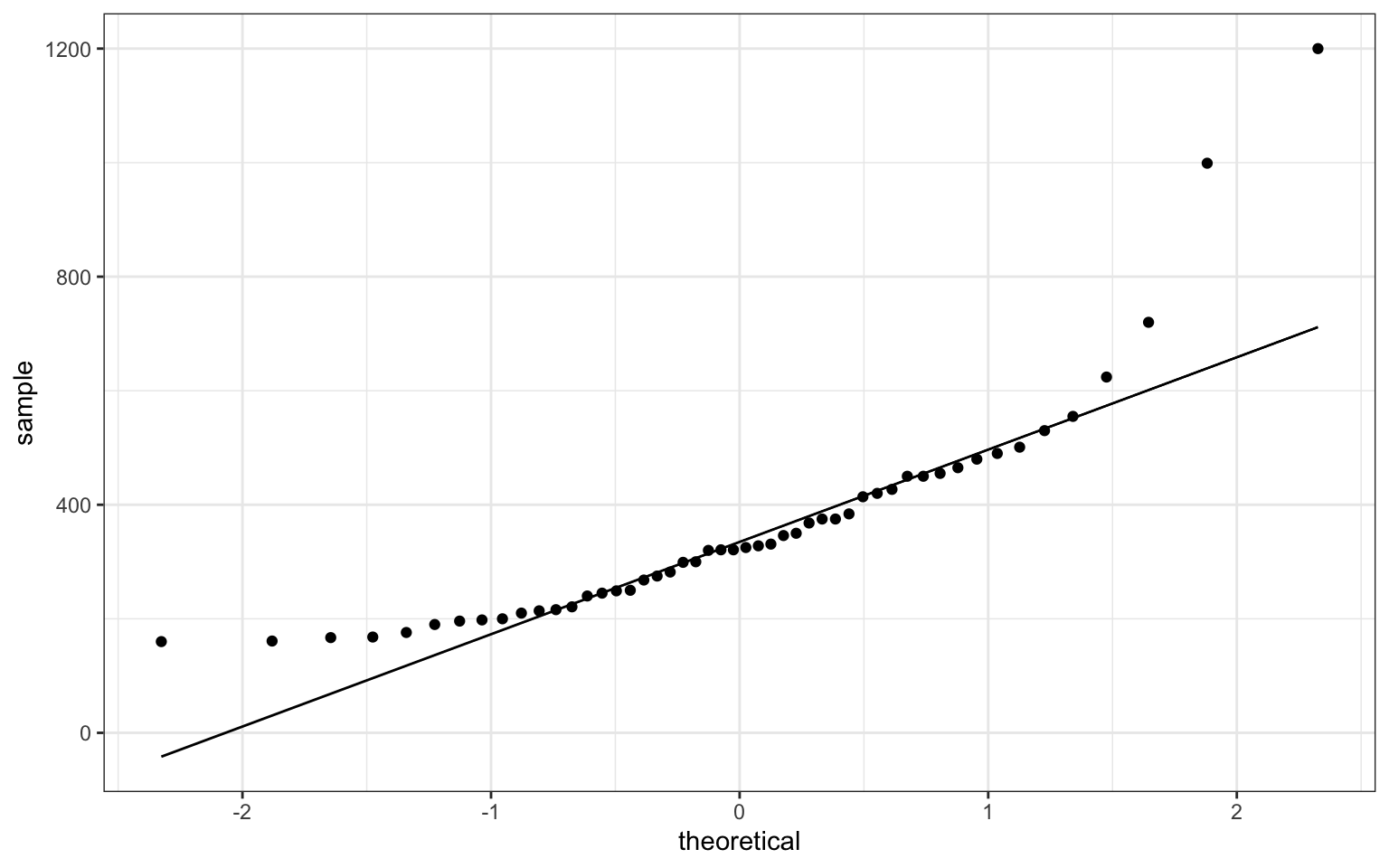 Why are the guesses not normally distributed?

Some form of bias is afoot!

It turns out that Kao et al. did an in-depth look at bias in visual estimation tasks, and it’s possible to characterize it and correct for it:

Here, we measure individual biases and social influence rules in multiple experiments involving hundreds of individuals performing a classic numerosity estimation task. We first investigate how existing aggregation methods, such as calculating the arithmetic mean or the median, are influenced by these sources of error. We show that the mean tends to overestimate, and the median underestimate, the true value for a wide range of numerosities.

The authors went on to calculate a correction that worked quite well. They also looked at the influence of knowing others' guesses on the crowd's estimation accuracy.

Let’s look at the mean and median from the current contest:

Remember, the true number was 723.

The fact is that the crowd failed pretty miserably in this contest, but a couple of individuals did very well.

What do you think explains the bias in the wisdom of the crowd in our contest? 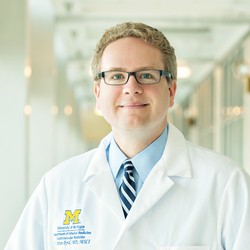 My research interests include high blood pressure and extracellular vesicles.